In 2022, the climate crisis has become part of our daily lives:

Record lack of precipitation (-85% in July)

Meeting the challenge of the ecological transition is urgent, and the decisive participation of the agglomeration is essential to overcome it. 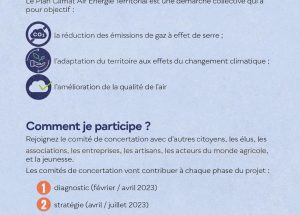 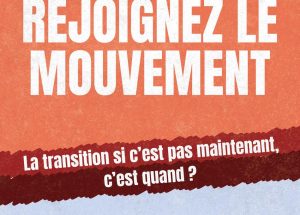 The Territorial Climate Air Energy Plan is an operational tool for coordinating environmental transition at the inter-municipal level.

Dracénie PCAET will be the driving force behind territorial actions to combat climate change and air pollution, conserve energy resources and develop renewable energies and adapt to climate change.

DPVa plays a central role in the implementation of inter-municipal powers, in the directions to be given in the state policy, by setting an example with the desire to mobilize all civil society subjects and increase awareness. Achieving environmental transition goals by 2030.

· reduction of greenhouse gas (GHG) emissions in the area in order to combat climate change; The levers are especially the control of energy consumption, the development of renewable energies and the development of carbon storage;

· improving air quality to protect the health of the residents of the area.

PCAET, an opportunity for the area

Apart from the regulatory obligation, PCAET is an economic, social and environmental opportunity for the area:

the dynamics of the local economy and employment: creation of non-transferable jobs in many sectors, especially in “construction” and “energy”,

· a more attractive area: strengthening the overall image of the area and economic players, compatibility between renewable energy production areas and landscapes.

reducing the area’s energy costs, creating jobs, improving air quality and quality of life, anticipating the human and economic consequences of climate change, taking into account local issues, in particular the protection of biodiversity and landscapes

Stages of the project

The construction of PCAET will take place in 3 stages:

Once completed, the PCAET will be submitted to the environmental protection authority and made available to the public

Consultation at the heart of the project

3 levels of consultation will enable co-construction throughout the project:

Elected officials, citizens, associations, companies, artisans, actors from agriculture, industry and even education, all actors of the agglomeration are concerned about the approach and will contribute to its success. The diversity of topics and the wide range of activities allow everyone to contribute to Dracénie’s ecological transition.

To register, fill out the form available at this link: https://docs.google.com/forms/d/e/1FAIpQLScdCmylfGWkWAxUDL-vJNO1t1xP6gLf29mPgwn2utpAYzTfbw/viewform

The climate crisis: the story of the “warming bands”.

“Heat bands” were coined in 2018 by British climatologist Ed Hawkins, who co-authored the last two IPCC reports. They are considered the best graphic to understand/visualize global warming. Their simplicity (they are free of axes and figures) makes them understandable to everyone.

In blue, years with cooler than average temperatures between 1971 and 2000. Warmer years in red. The result clearly shows the warming observed in recent years as a result of human activities (oil, coal and gas consumption, deforestation). The success was immediate: within a week, the Warm Up Strips were downloaded a million times on the website created for the event.

Warm-up tapes are licensed free of charge to encourage widespread distribution. “People can use it and we can’t say no,” summarizes Ed Hawkins.

“It’s a way to talk about climate in different social circles. And that, broadly speaking, is what the climate community needs to do: inspire this conversation in other circles. »