Hanoi (VNA) – While all countries around the world are affected by the impact of the COVID-19 pandemic, Vietnam has witnessed an impressive recoveryYes Tatyana Pugh Moreno, the ambassador of Venezuela in Hanoi, told the reporter of Vietnam News Agency (VNA) in an interview on the occasion of the New Year 2023 that it reflects the 8% economic growth achieved last year.

President Hugo Chávez offers a gift to General Vo Nguyen Giap on the occasion of his visit to Vietnam. Photo: Tran Hong

According to this diplomat, this revival is due to the strengths of the socialist-oriented market economy.

Emphasizing that Venezuela wants to learn from Vietnam’s Dôi Moi (Renewal) experiences, Ambassador Tatiana Pugh Moreno said that her country is also looking for measures to rebuild the economy and Vietnam should share its experiences in this field with the world, especially Venezuela.

“In general, we believe that the economy is the way Vietnamese is organized, its development, as well as the participation of all economic components, is a good example for the world,” he confirmed. 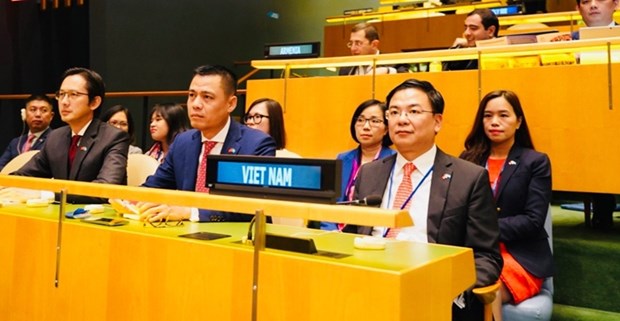 Vietnam has been elected a member of the UN Human Rights Council for 2023-2025. Photo: VNA


According to the Venezuelan ambassador, Vietnam’s reputation on the international stage was strengthened by its election to the United Nations Human Rights Council for the period 2023-2025 in October 2022. This will help Vietnam assert its position through the implementation of the principles of solidarity and respect for the right of peoples to self-determination (the right of peoples to self-determination).

“It is very important for Vietnam to have a voice in the UN Human Rights Council and to be a responsible member of the international community, especially at a time like this. The world is difficult and testing, the Party and government of Vietnam understand this, that’s why they made their voices heard and recognized by the international community,” said Ambassador Tatiana Pugh Moreno. 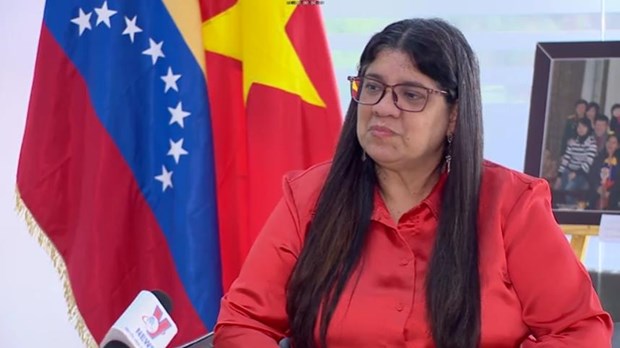 
Looking back on the past year, the Venezuelan diplomat said that 2022 was a special moment with the two countries resuming high-level delegation exchanges, including the visits of the Venezuelan Deputy Foreign Minister to Vietnam. Carlos Ron, Deputy Minister of Foreign Affairs.

Recently, during the celebration of the 33rd anniversary of the establishment of Vietnam-Venezuela diplomatic relations, a photo exhibition of the meeting between Commander Hugo Chávez and General Vo Nguyen Giap was organized in the Embassy building. This important meeting between historical figures helped us to move forward together,” recalled Tatiana Pugh Moreno.

The Venezuelan diplomat said that in the future, the two sides will continue to develop cooperation activities in various fields such as oil, gas and energy in general.

The 4th session of the Intergovernmental Committee will be held in Caracas in 2023. An opportunity for both sides to propose measures to finalize and strengthen their recent cooperation. 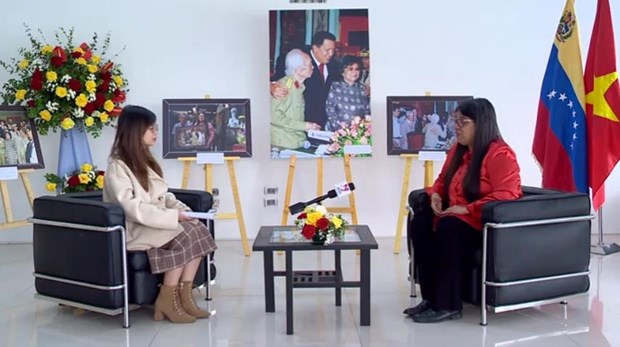 Tatiana Pugh Moreno, Ambassador of Venezuela to Vietnam, during an interview with a reporter of the Vietnam News Agency (VNA) on the occasion of the New Year. Photo: VNA


Acknowledging that Venezuela is one of the world’s main energy suppliers, the world is facing a major energy crisis, the Venezuelan ambassador said that his country is always ready to help Vietnam in this field, as confirmed by the late President Hugo Chavez.

President Nicolás Maduro and Ambassador Tatiana Pugh Moreno on behalf of the people of Venezuela conveyed their best wishes to the people of Vietnam on the occasion of the New Year 2023.

According to the ambassador, Tet is an interesting holiday for Westerners and he feels very happy to welcome the Lunar New Year with festive events.

“Tet is also a time to focus on family values, review the past year together and make plans for the new year. For us, this party also brings a lot of emotions. We also taste ban chung, decorate the embassy and our own home,” Ambassador Tatiana Pugh Moreno enthused.-VNA