A study showing that vaping is as risky as smoking for developing cancer has been retracted.

An investigation was withdrawn, but the damage was already done

In February 2020, a 2018 study that concluded that e-cigarette use increased the risk of heart attacks was retracted. Today it is the turn of another “scientific” work to be deleted. The study in question (1) was published in February 2022 World Journal of Oncology. A study by 13 researchers looked at the cancer risks caused by smoking and concluded that they are relatively similar to the risks caused by smoking.

“Since publication of this article, concerns have been raised about the methodology of the article, the handling of the source data, including the statistical analysis and the reliability of the results”, the newspaper explains. The latter indicates that he contacted the authors to obtain further details.

The authors did not provide reasonable explanations and evidence.

And details were needed. The article in question was based on data from a US national survey and found that the number of respondents who smoked and had cancer was significantly similar for non-smokers. It was enough for the authors to conclude that using e-cigarettes causes cancer as much as smoking.

The problem was that the authors did not care when vaping participants started using a personal vaporizer. In other words, a respondent who was diagnosed with cancer in 2016 and started smoking in 2017 was classified as a cancer victim because of smoking. Although he was a non-smoker at the time of diagnosis.

A few days ago, the editor of the scientific journal pointed to this “The authors were unable to provide reasonable explanations and evidence for the studies, so this article has been retracted (PDF Format) ».

2022 has had its share of exciting research on e-cigarettes, just like the previous ones. So much so that many voices in the scientific world are beginning to voice their displeasure, particularly with the peer review process. his interest would ultimately be very limited.

What is peer review?

The review process is an integral part of the process of publishing scientific research. When research is conducted, it should first be consulted and critiqued by researchers in the field, but not by researchers who were not involved in the research in question, before publication.

This criticism, usually carried out during the reading committee, is intended to check that the proposed results seem coherent and that the methodology used in the study seems correct. 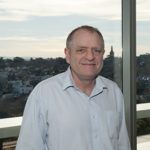 However, for many years several researchers have regularly warned that peer review ultimately does not mean much. According to Professor David Vaux of the Walter and Eliza Hall Institute in Melbourne, without this process, about 2% of published articles would be correct. However, this percentage will increase to 10-50%. In other words, 50%-90% of published research may be wrong. According to him, “Peer review of research says little about its quality”.

Dr. Polosa on the left, Dr. Farsalinos on the right

An opinion piece (in PDF format) shared by researchers Riccardo Polosa and Konstantinos Farsalinos wonders about the many flawed studies about vaping:

“How is it possible that the peer review process in highly respected scientific journals failed to detect these fatal errors and allowed poor quality articles to be published that ignored these important key factors? ».

For them, the unopposed acceptance of these articles by prestigious journals “is a sign of great dysfunction in scholarly publishing”. 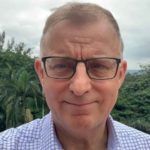 For his part, Clive Bates, former director of Action on Smoking and Health (ASH) in the UK, goes further. For him, the reason for the increase in the number of bad studies and their frequent publication lies in the encouragement of those involved in science:

“Major US federal research funders are aiming for a ‘tobacco-free world,’ which means nicotine-free. Tobacco regulatory science funded by regulatory agencies will tend to find justifications for regulation and intervention rather than liberalization.”.

It also suggests, as potential reasons, that e-cigarettes are jeopardizing the entire field of tobacco control because they help people quit smoking:

“Without the significant harms of smoking, there is not much justification for the entire field of tobacco control. “Maybe the emergence of safer smokeless nicotine products threatens livelihoods, careers, and entire university departments, and bad science is the response.”.

Whether some researcher doing a study that gets people talking is of good or bad quality “gain prestige”.